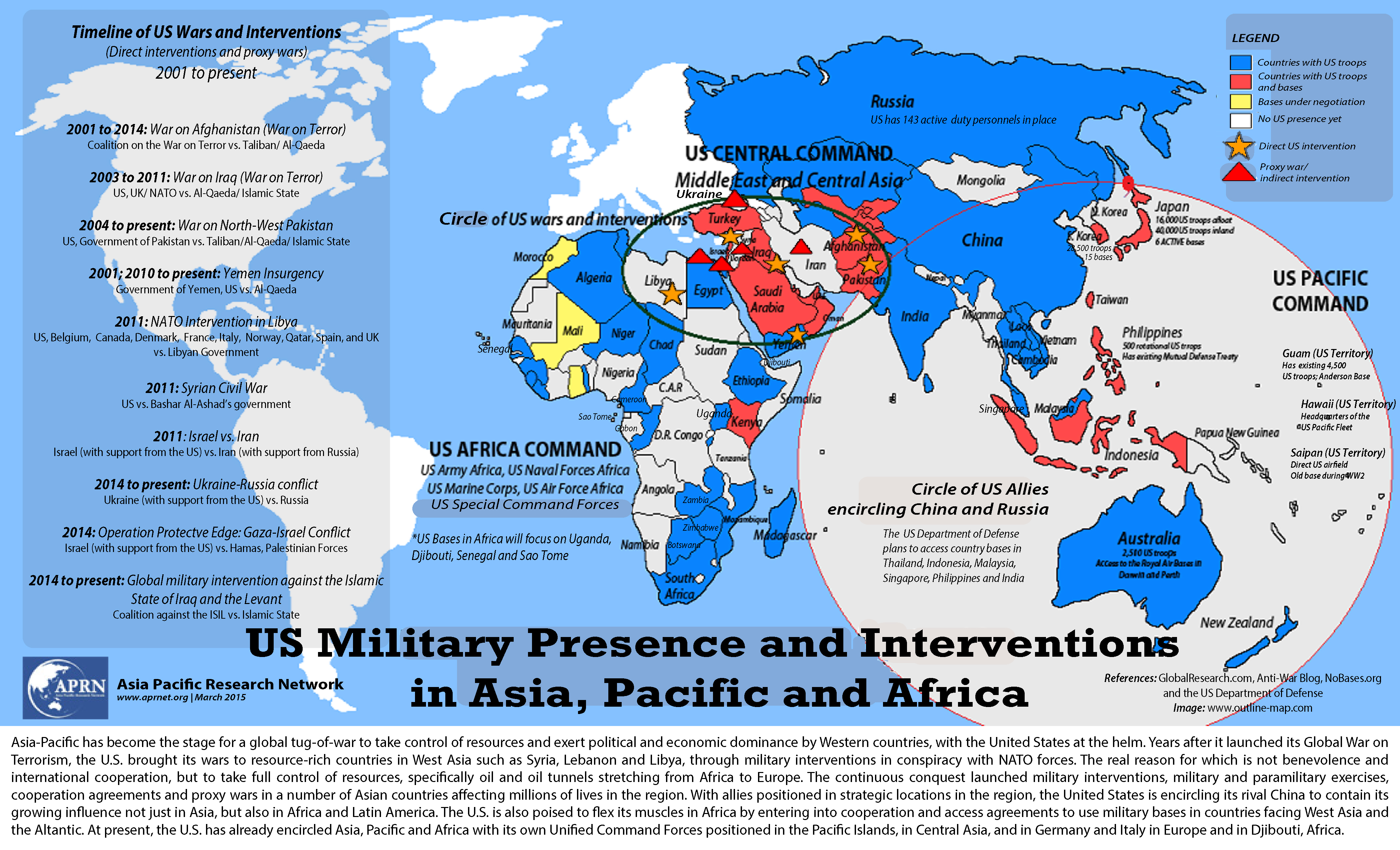 Asia-Pacific has become the stage for a global tug-of-war to take control of resources and exert political and economic dominance by Western countries, with the United States at the helm. Years after it launched its Global War on Terrorism, the U.S. brought its wars to resource-rich countries in West Asia such as Syria, Lebanon and Libya, through military interventions in conspiracy with NATO forces. The real reason for which is not benevolence and international cooperation, but to take full control of resources, specically oil and oil tunnels stretching from Africa to Europe. The continuous conquest launched military interventions, military and paramilitary exercises, cooperation agreements and proxy wars in a number of Asian countries affecting millions of lives in the region. With allies positioned in strategic locations in the region, the United States is encircling its rival China to contain its growing inuence not just in Asia, but also in Africa and Latin America. The U.S. is also poised to ex its muscles in Africa by entering into cooperation and access agreements to use military bases in countries facing West Asia and the Altantic. At present, the U.S. has already encircled Asia, Pacic and Africa with its own Unied Command Forces positioned in the Pacic Islands, in Central Asia, and in Germany and Italy in Europe and in Djibouti, Africa.