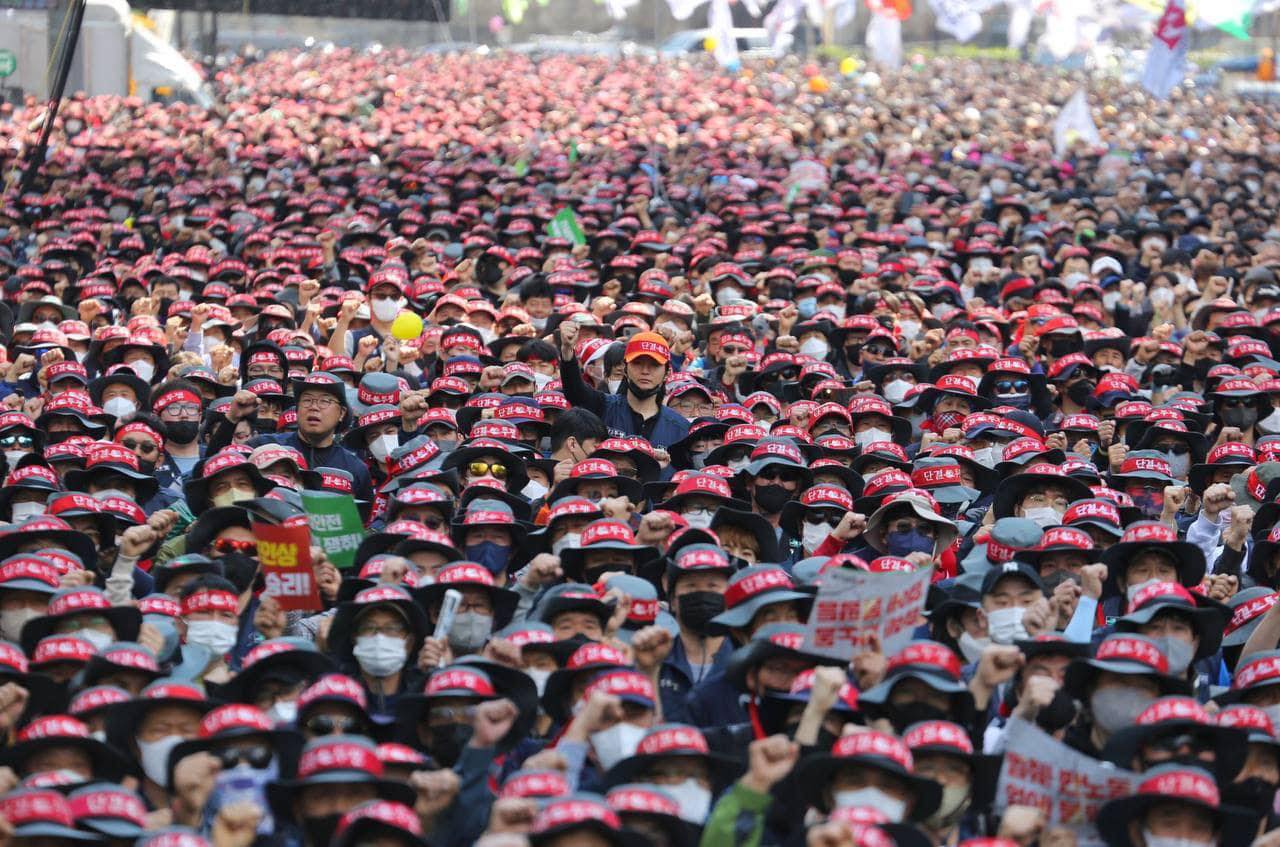 The Asia Pacific Research Network (APRN) joins the working class across the globe in celebrating the International Day of Workers’ Movement. APRN salutes the healthcare workers and the economic frontline workers for dedicating their lives and keeping the economy from further collapse during the pandemic. The network continues to support the workers’ movement by doing research and advocacy to improve working conditions, livelihood, and social justice.

Now, the world capitalist system is in a deeper recession due to decades of enforced neoliberal dogma, exacerbated by the COVID-19 pandemic. The public health system has failed due to budget cuts, privatization, and corporatization of the healthcare system. Vaccine inequity is very apparent between the rich and poor countries. It is inhumane that the Big Pharmaceutical companies have prioritized countries with the “highest bid” for the vaccines and other COVID-19 medical therapeutics.

The alarming job crisis has deepened the suffering of the working people of the world. Global hours worked in 2021 remain below the pre-pandemic level of 4.3% or equivalent to 125 million full-time jobs. The International Labour Organization (ILO) is also projecting a deficit of 52 million jobs by the end of 2022, relative to the last quarter of 2019. In Asia-Pacific, this pandemic has led to 81 million jobs lost, as compared to 2019 (ILO, 2020).

Adding to the job crisis is the rising global inflation that reduces real wages and purchasing power of the working people, while wage growth slows down during the pandemic. Meanwhile, 45 percent who earned less than minimum wage are women. In the garments sector, workers are owed $11.85 billion in unpaid income and severance pay in different supply chains of multinational brands. This is the case for the seven garments producing countries which are all found in Asia.

Attacks on labor rights also continue despite the health and economic crises. In Myanmar, the military junta brutally attacked its people, killing 1,700 Burmese, including trade unionists. The number of arbitrary arrests rose to 11,787 while 8,792 are still in custody. In the Philippines, the Anti-Terror Law is now in full-throttle after it was passed in June 2020. Trumped-up criminal charges were filed by state forces against labor organizers while 56 trade unionists and labor rights defenders were killed under the Duterte regime (CTUHR, 2022). In South Korea, Korean Confederation of Trade Union (KCTU) President Yang Kyeung-soo was arrested for “violating COVID-19 protocol” after leading a mass demonstration that called for wage increase and prevention of industrial accidents last July 3, 2021.

While the hundred million working people are plunged into poverty and unemployment, the ultra-rich and financial oligarchs, such as Jeff Bezos (Amazon), Elon Musk (Tesla, SpaceX), Mark Zuckerberg (Facebook), Bernard Arnault (Louis Vuitton), Bill Gates (Microsoft), and the rest of the  500 richest people increased their wealth to $7.6 Trillion in 2021 alone. That is a shameful 31% percent wealth increase from the previous year. They accumulated greater wealth through intensified exploitation of the working people through labor flexibilization and low wages.

The working people are a formidable force for social change. Demonstrations led by workers’ parties and trade unions against unemployment, price increase, austerity measures, repressive laws, and other neoliberal policies illustrate the struggle and push for social transformation. Workers continue to organize themselves and start their unions or other forms of organization. Strikes remain the potent tool of the workers against capitalist exploitation. Victory will be realized by building solidarity among the workers and oppressed people, just as in the case of Amazon and Starbucks workers in the United States, wherein they succeeded to establish their own unions. In Indonesia, victory was achieved by the Indonesian working people after millions joined the nationwide strike to oppose the Omnibus Law which was later declared unconstitutional by the Indonesian Constitutional Court.

Genuine economic recovery will only be achieved by the workers and most affected. Workers and the people are not only the wealth creators but the real drivers of development. We must support the fight for decent work, substantial wage increase and social protection, respect for the fundamental rights of the workers, and an end to all kinds of repression. Finally, we must link arms with all working peoples and struggle for genuine social change. ###