Statement on the European Commission’s Communication: A Global Partnership for Poverty Eradication and Sustainable Development after 2015

The Asia Pacific Research Network (APRN) welcomes the positive elements of the European Commission’s Communication A Global Partnership for Poverty Eradication and Sustainable Development after 2015. The network recognizes the renewed commitment of the EU to sustainable development and inclusive growth, which are the cornerstones of the post-2015 Sustainable Development Goals. We also welcome the […]

Representatives of social organizations around the world will gather in the VI FIDC to analyze the current state of democracies, development, cooperation and human rights

Foro Internacional Democracia y Cooperacion | http://www.democraciaycooperacion.net/ • The city of Badajoz in Extremadura (Spain) will host on the 17th and 18th of November the sixth edition of the International Forum Democracy and Cooperation (FIDC, by its initials in Spanish), under the slogan “New paradigms for Development and International Cooperation: Sigths from the South”. • The […] APMM: Labour export program and further commodification of migrants as prescriptions for development

Below is a critique of the Final Outcome Document of the Open Working Group on Sustainable Development (OWG) by APRN member Asia Pacific Mission for Migrants (APMM) 18 September 2014 Fourteen years ago, the Millennium Development Goals (MDGs) were developed without much of a mention of migrants or migration though most, if not all, of […]

US-Israeli Partnership and the Palestinian Genocide

Asia Pacific Research Network More than 1400 lives, of which 80% are civilians, have been claimed and 8,000 more were injured by the recent Israeli attacks against Palestinians in the Gaza strip. The body count is expected to rise as Israel intensifies its assaults on Hamas militants who are allegedly using unarmed civilians as cover. […] 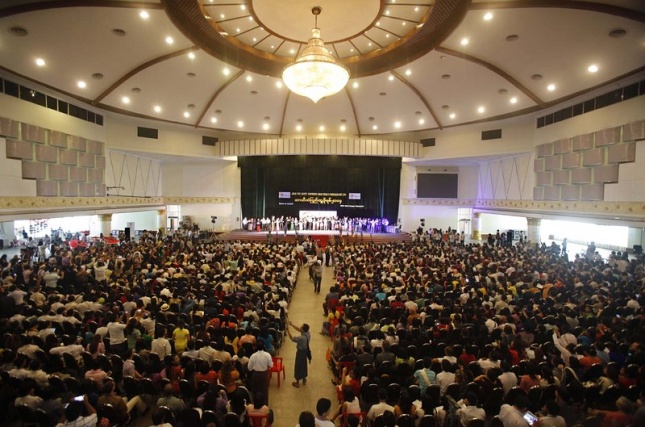 The Asia Pacific Research Network (APRN) celebrated its 15th year of doing research for and with the people’s movements through a series of activities at the People’s Global Camp (PGC) against the World Trade Organization in Bali, Indonesia. The PGC is a counterpoint to the WTO MC9 which ran from December 3 to 7. APRN […]