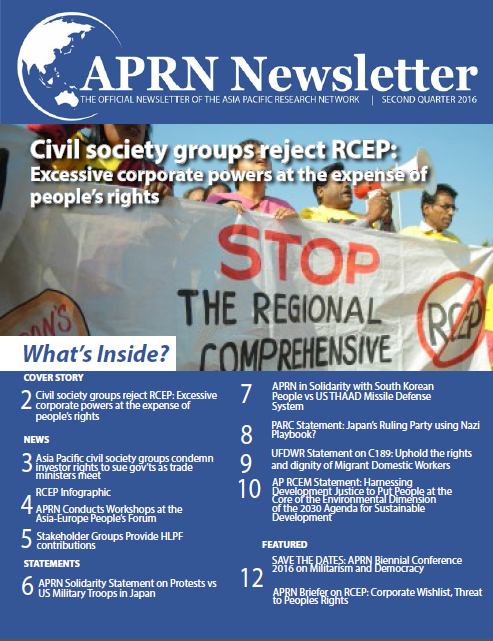 APRN Briefer on Militarism and the Agenda 2030

This briefer aims to shed light on the emerging threat of militarism in the Asia Pacific region and how the Agenda 2030 responds to the issue. It highlights the issue of militarism being used as a legal recourse to aide large-scale resource grabs, how militarism is affecting women and indigenous peoples and how high military spending is diverting resources away from sustainable development financing.