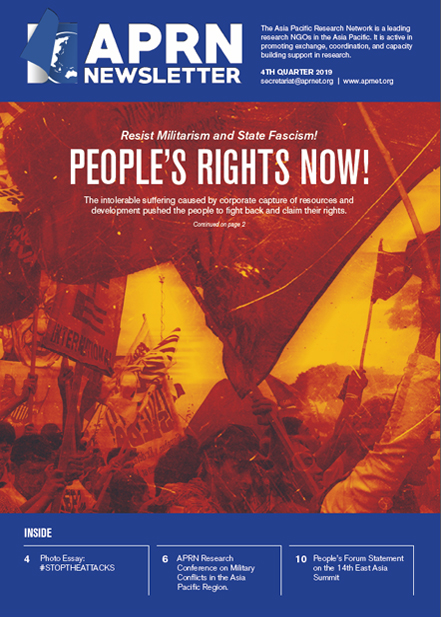 APRN Condemns Attacks Against Activists in the Philippines

We, participants from civil society organizations and people’s movements in Asia Pacific gathered in Bangkok, Thailand on the occasion of the 14th East Asia Summit to discuss the implications of the its agenda, how it will affect the people and our actions in the spirit of people’s solidarity.  The EAS is a leaders-only meeting of […] 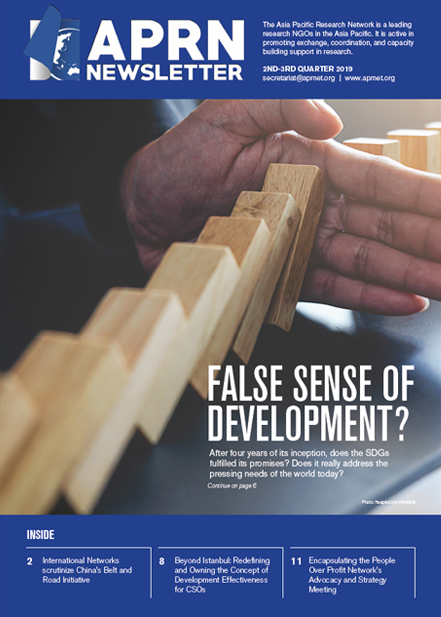 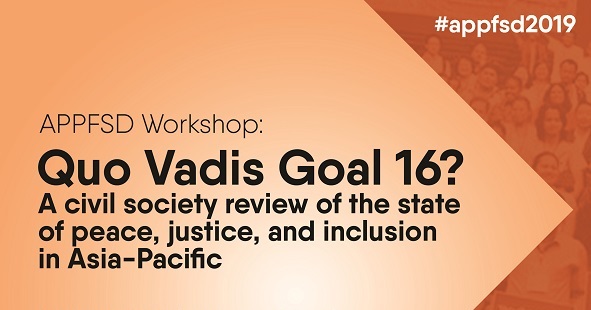